When groups of like minded people work together on common causes, legislators hear our collective voice. Building relationships with our state and local reps informs us and opens the dialog, so our organizations can be heard.

As President of the American Advertising Federation (AAF) Space Coast, our delegation led advocacy efforts, along with our other local clubs and the Fourth District, which represents 21 clubs in the State of Florida and the Caribbean. We perform advocacy, working with State legislators to ensure our members have a voice representing the interests of the advertising industry. Advocacy energizes your organization and connects them to the greater community.

The State Legislative Session closes with the following issues effecting the advertising industry.

Here’s a great article about what’s happened in the Florida State legislature, as session ends.

Disclaimer: Please note that Florida Politics is a statewide, new media concern covering campaigns, elections, government, policy, and lobbying in Florida. Their opinions may represent bias, but overall this is a decent article providing insight into the session.

Takeaways from Tallahassee: Winners & Losers of the 2016 Legislative Session

Some excerpts from the article include:

As an economic incentive package picked up steam in the Senate, Americans for Prosperity-Florida began to push back on the measure. They called the proposal, which included film incentives and Gov. Scott’s $250 million Enterprise Florida Fund, “corporate welfare” and began a direct mail campaign to voters who lived in districts of lawmakers who supported the proposal. Do we need to remind where the economic incentive package ended up? (It did not reach the House floor for vote).

Sen. Dorothy Hukill rates for guarding your ghost in the machine. Lawmakers passed and Scott signed her bill (SB 494) that would protect one’s “digital assets” after death, meaning someone of your choosing could have access to and control your financial accounts, social media and anything else you have online. The bill faltered last year, after Facebook said it conflicted with federal online privacy laws. Hukill tweaked the language to require giving “explicit consent” for someone to access and control your stuff.

Newspaper publishers – Beating back the self-storage industry once again to keep public notice in Florida newspapers, newspaper publishers, supported by Associated Industries of Florida, are in the win column this session. Expect this issue to come back, but for now score one for the print media.

The state’s public-private economic development arm said it desperately needed money for its quick action closing fund. The governor pushed for $250 million to help lure jobs. EFI CEO Bill Johnson said cutting the money would cost the state 50,000 potential jobs. He even called out Americans for Prosperity for its campaign to shut down the funding efforts. But it didn’t matter: Lawmakers slashed funding from the final spending plan.

Making a movie in Florida just got a little tougher. The Legislature rejected efforts by state lawmakers — including Venice Republican Sen. Nancy Detert and Sen. Latvala— to approve an economic incentive package that included film incentives. Film Florida lobbied lawmakers to support the proposal, saying the state has lost more than $650 million in film projects in the past three years. With Detert leaving the Senate, the film industry is losing a big advocate.

Our commentary: Many AAF members want to see Florida level the playing field with other states, like Georgia, who provide millions to entice film production in their state. The film industry was once a great source of jobs and benefits to the communities in which they filmed. Today, the industry sees many talented professionals leave the state to work—for example, to Atlanta, where projects like AMC’s “The Walking Dead” have created both long and short term economic booms to the communities they film in. We’d love to see the film industry return to Florida and expressed this to our legislators this past year on our annual advocacy trip.

Does your organization make the most of advocacy?

Longbow is available to help you make an impact with your local legislators. From helping you schedule meets and touring the Capitol in Tallahassee—to communicating the value to your team, contact us for more info.

Reporting back to your organization is an important part of the advocacy process.

This article is a brief example of how we do that. As content and communications providers, getting info back into your members hands energizes your organization and sets the stage for action. From newletters to press releases, organizing the troops to just sharing success or alerting to issues before they get out of control, the team at Longbow knows the value of advocacy and building rapport with our local and state representatives..

See what we can do for your outreach 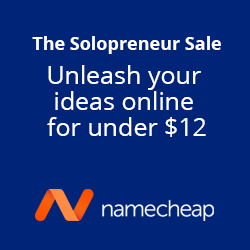